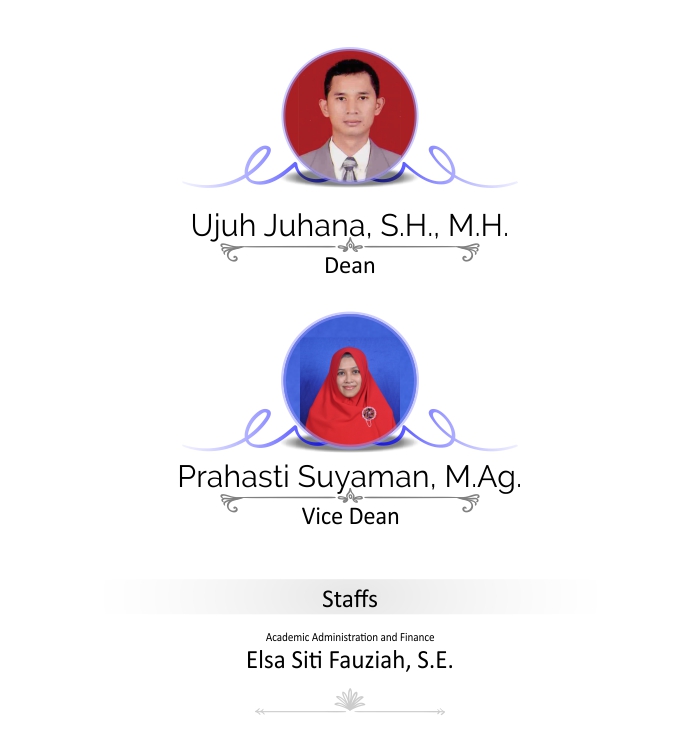 The dynamics  of development of nation, country and international life provide opportunities for every law subject to always play an active role in the dynamic association.It would cause negative implications If between the law subjects are not treated by the legal law, even resulting an extreme conflicts.

Seeing the huge and wide open potentials, then that relationship dynamics should be governed and managed by a regulation that allow every law subject to access interests equitably.

The reformation era, gave birth to the livelihood of nation and country which put law as its commander. This concept is known as constitutional state (rechtstaat). Law plays role on every aspect of life. Therefore, the order requires human resources who are credible and professional in law. That is why provision and development of human resources in the field of law are absolutely necessary.

Through Muhammadiyah Confederation which established in 1912, which has contributed a lot to the nation and country, one was through the field of higher educations such as the leading universities in Indonesia. In 2003, Muhammadiyah University of Sukabumi (UMMI) was established in Sukabumi city. After 11 years being trusted by society, in 2014 UMMI was keep growing with the release of operating license of Courses of Law.

Establishment process of Faculty of Law has started since the leadership of Prof. Dr. Asmawi Zainul, the 2nd Rector. At that time, the minder mandat faculty of which was Faculty of Administration and Humanity Sciences and the Dean was Drs. Erry Sunarya, M. Si.. The operational proposal of Departement of Law was proposed together with other departements on Rector Decree. The proposal of operational of Departement of Law was proposed by Sdr, Ujuh Juhana, S.H. (A lecturer from Departement of Public Administration) based on that Rector Decree. The proposal of operational was keep pursued even though there were so many revision on the proposal of operational. With great patience, finally the Letter of Decree of Minister of Education and Culture Number 084/P/2014 about Permit Issuance of Bachelor of Law (S1) in Muhammadiyah University of Sukabumi was assigned and Departement of Law of UMMI is legally operating since then. While the Faculty of Law of UMMI was established by The Rector Decree Number 477/KEP/I.0/C/2016 by Dr. Sakti Alamsyah, M. Pd., the 3rd Rector of UMMI.

To be a faculty which excel in implementing law education to develop the human resources in the field of law as the initiator of constitution jihad based on science and islam in 2024.

Producing law bachelors who are ethical, religious in academic and practice and having science-honest character on upholding values of life.

Educations in Faculty of Law of Muhammadiyah University of Sukabumi has objectives to produce a bachelor of law who are: